The concept of resonant frequency and energy was initially done by Einstein and Tesla. Tesla coined the word Radiant energy, which is energy of electromagnetic waves. The term is most commonly used in the fields of radiometry, solar energy, heating and lighting and telecommunications. Because electromagnetic (EM) radiation can be considered to be a stream of photons, radiant energy can be viewed as the energy carried by these photons. Alternatively, EM radiation can be viewed as an electromagnetic wave, which carries energy in its oscillating electric and magnetic fields.

TRT™ is TOGA’s proprietary technology solely developed by the TOGA’s Global Scientific Research and Development Team; comprising of a group of scientists and physicists. It is a resonance technology developed over a period of 35 years of research applying the principles of Quantum Physics and Quantum Mechanics.

TRT™ encompasses a unique process where the resonance structure of atoms is altered. The changes are imparted at the level of sub-atomic particles: electrons, protons etc. The process mimics the mechanics of nature.

T-RT™ and the science behind it.

TRT™ is the brand behind the use of this resonance technology in its High Tech (digital energy health) and High Touch (Physical health supplement) device and products. It looks at the frequency/energy health paradigm.

In Science, these phenomena include…

The activity of the Earth’s geomagnetic field, which has been shown to be correlated with various emotional and psychological states in human beings. 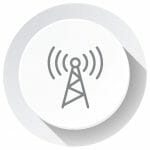 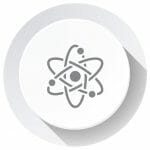 The strong nuclear force, which is more powerful than electromagnetism and therefore holds positively charged protons together within the atomic nucleus. 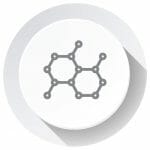 The biophoton field in plants and animals, which is believed to be the chief means of communication between DNA molecules across the entire body of a plant, animal or human.

Based on the TRT™, TOGA embeds it into a personal solution like consumer health care products and as a business solution option through their very own Yippi app, Eostre app and digital wellness applications to protect humans from the potential harmful effects of stress.

TRT™ high tech digital wellness program and products looks at our body’s resonance, returning it to a clearer and more balanced natural state through our TRT™.

TRT™ products harnesses the power of subtle energy in digital apps to deliver quick, easy and innovative solutions for health and wellness.

We look at Resonance and Coherence Technology to use a symphony of natural frequencies within the human range of frequency response with different products:

Many of these subtle energies appear to have healing properties on the mental, physical and emotional levels.

TRT™ harnesses the power of subtle energy in digital apps to deliver quick, easy and innovative solutions for health and wellness. One solution greatly needed in our growing electromagnetic world is an effective protection from the harmful effects of electromagnetic fields.

There is a growing body of scientific evidence suggesting that increasing levels of high frequency radiation from wireless devices such as mobile phones, smartphones, tablets, laptops and cell towers are associated with a growing list of health problems like sleeping disorders, concentration problems, tinnitus, heart problems, etc.

TRT™ is a solution for EMF (emissions from wireless products or items powered by mains power), an ever-present form of incoherence and chaos within our modern technological

world. It provides a long-term solution to a wide range of incoherent signals within our environment, only one of which is electromagnetic radiation.